A German investor is set to build a cocoa processing plant in Suhum in the Eastern region, according to the German Ambassador to Ghana, Christoph Retzlaff.

He said under the Compact with Africa (CwA) there will be more German investments in ‘Do The Right Thing’ (DTRT) textile factory which is expected to create 1500 new jobs.

It is however not clear when the project is expected to start. 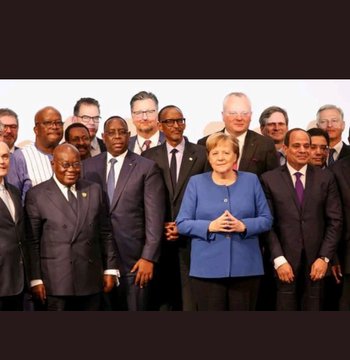 225 people are talking about this

"We believe that more transparency could also bring more investors into these countries because for the investors from Germany and the G20 countries, transparency and trust are very important," Merkel said.

€1 billion for business in Africa

Chancellor Merkel stressed that the German government has introduced a number of initiatives to support private investment in Africa.

Last year, the German government unveiled a €1 billion investment fund to support projects from German and African companies. The German development ministry has agreed to so-called "reform partnerships" with Ghana, Tunisia and Ivory Coast, with more countries set to join.

"We should do everything we can to cooperate with Africa — not to talk about Africa, but to do something together," Merkel said.

The G20 Compact with Africa (CwA) was initiated under the German G20Presidency to promote private investment in Africa, including in infrastructure.

The CwA’s primary objective is to increase the attractiveness of private investment through substantial improvements of the macro, business and financing frameworks.

The initiative is demand-driven and open to all African countries. Since its launch in 2017, the CwA has sparked great interest.